URBAN RENEWAL ON THE LINES OF HERITAGE CONSERVATION AND CULTURAL REVIVAL 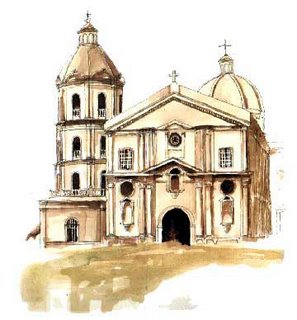 The City of San Fernando, Pampanga, home of the world-renowned giant lanterns, is one of only two cities in the Province of Pampanga, and serves as the provincial capital and regional seat of government of Central Luzon (Region III). Located 67 kilometers north of Manila, 16 kilometers south of the Clark Special Economic Zone, and 50 kilometers east of Subic Bay, San Fernando is composed of 35 barangays with a land area of 6,774 hectares, and a population of 221,857, with a “third class city” income classification.

At the heart of Downtown San Fernando is the historic poblacion, replete with remnants of the rich architectural heritage and history of the City. These architectural legacies, together with the endangered intangible culture of the City, are the focus of the urban renewal program of the City of San Fernando which began on August 2, 2001 with the creation of the City of San Fernando Historical and Cultural Society under the Office of the City Mayor. In line with a popular salawikain which goes “Ang hindi lumingon sa pinanggalingan ay hindi makakarating sa paroroonan,” the City firmly believes that its history, heritage and culture are vital tools in the advance towards further progress.

“Preserving Heritage for Progress” transcends the sectoral boundaries as the program tries to reach out to all 221,857 residents of the City of San Fernando as well as the approximately 1 million transient workers who earn a living within the City limits. All these people are the beneficiaries of this program which endeavors to raise the consciousness of each individual and the entire community as a whole, by increasing their awareness on the importance of preserving the architectural heritage of the City and promoting local history and culture as instruments in the drive for genuine progress and development.

Note: The program "Preserving Heritage for Progress" of the City Government of San Fernando, Pampanga was among the Top 10 Best Practices for 2004 of the League of Cities of the Philippines, and the twelve Trailblazing Programs of the Galing Pook Awards 2004.
at 10:23 PM